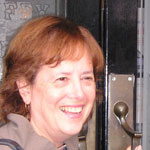 Minna started out working for an advertising agency in New York City. She was very interested in what motivated people to take action; a move to Atlanta, GA and her job working on accounts such as Burger King and Coca-Cola provided her with the opportunity to explore this area. However, after a marriage and ensuing divorce, she felt the need to do something more to feel valued so she became a literacy tutor and, in her spare time, helped several adults to learn to read. When dotcom fever swept the country, she switched careers and became SVP of Marketing for a Louisville, KY software company that delivered solutions for advertising agencies. She enjoyed her position but still wanted to do more so her volunteer tutoring continued. 6 years later, the company was sold to a California start-up and she found herself without a job. Although she tried consulting for several months, she decided that it wasn’t for her. And, at the same time, she came to the realization that Louisville was not the place she wanted to live any longer.

Minna moved to Northern California and got another software marketing job, this time as an alliance director. Job is the operative word. She made an excellent salary and performed well but didn’t feel fulfilled. She didn’t look forward to going to work and was relieved when the work week was over and she could just stay home. After exactly one year, she was laid off and began, once again, to look for another job. She had several interviews but couldn’t get excited about any of the openings she found and really didn’t want to work at any of the companies she spoke with. But she liked the idea of again earning big money and so kept on interviewing.

Suddenly Minna’s father died. It made her realize that you can’t predict what will happen or how much time is left to each of us and that if she wanted to do something that would make her happy and bring her satisfaction, she’d better start doing it. She had no idea what she really wanted to do or how to figure it out.

One day she heard Craig speak at a networking meeting and something he said struck a chord. He wasn’t preaching an esoteric philosophy or suggesting unrealistic goals. He was merely encouraging the audience to figure out what made them most happy and then to try to find a way to incorporate that into their every day work. She contacted Craig and began a long process of figuring out what she PRIZED most in her life and what would make her happy.

With Craig’s help, she finally realized that her tutoring experience provided the perfect springboard for a career switch. Minna got her California teaching credentials and began teaching English as a Second Language at 3 adult schools in Silicon Valley. She also started The Reading Doctor, a coaching service dedicated to “improving communication skills, one word at a time”. So far, the money’s not great but every time she walks into a classroom or helps someone learn to read, she feels an immediate gratification and a sense of accomplishment. She looks forward to going to work and enjoys every day.

What can we learn from Minna’s story?

Once you figure out what is most important to you, it takes a decision and action to move towards doing more of what you love in your vocational life.