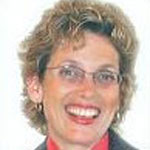 Craig Nathanson and Serena Williamson both counseled people who had lost their jobs, mostly in the high tech industry downturn, and helped them figure out what they wanted to do with their lives and get on with it.

On their first day working together, they clicked so well that they decided to have lunch. . “Funny,” Serena confided to Craig after they discussed his dissertation topic as they gathered the remains of their unfinished lunches and headed back to work, “I have always wanted to coach thesis students.”

Craig said, “Whoa, Serena, have you ever thought of doing book coaching as a business?” Serena had always wanted to coach writers, but it had actually never occurred to her to attempt to make a living at it.

At that moment, she started to shift her thinking and have a different POSITION about what she wanted.

Serena had written and published a book entitled Surviving Organizational Insanity: Keeping Spirit Alive at Work in 1996 and it did so well that people over the years have been asking her how she did it. So indeed, she had been coaching writers, for years, for free.

Serena is a Canadian who had been living in California for three years. When the planes were grounded and the borders were closed, she sat with her daughter in a café in Sausalito and had a little chat. They wanted to go home. By October 6, their cars and furniture were sold and they were on the plane.

Newly returned to Canada, Serena attended a meeting of the Canadian Association of Professional Speakers, a group she had been president of when she left for California three years earlier. Excited to see her, people asked, so Serena, what are you doing now? Before she realized what she was saying, Serena blurted out, “I’m a Book Coach.” Curious, they asked what that was. She said that she works with people who want to write a book or a thesis and she helps them get their ideas clear, down and out into the world. Serena walked out of that meeting with three clients. A year later,Serena, The Book Coach, became Book Coach Press and before long she launched the first six books under her very own label, one of which, of course, is Craig Nathanson’s P is for Perfect, Your Perfect Vocational Day.

Serena describes ”Had it not been for Craig Nathanson’s insight, encouragement and constant bolstering, not to mention his success with his book, I do not know whether there would be a Book Coach Press, not to mention six enthusiastic new authors out there changing the world”. Book Coach Press has six more new books being launched this coming April and a few already in the hopper for the Fall.

What can we learn from Serena’s story?

When one decides to change their position or attitude about what they want in their life, momentum and energy builds and change becomes possible.